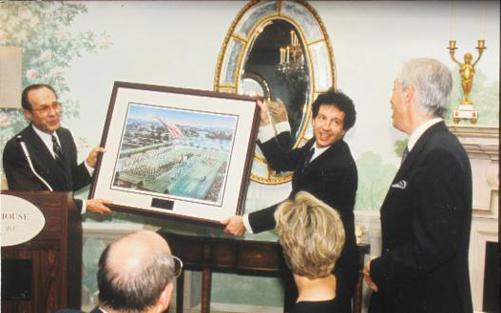 Gary and the US Secretary of Defense Dr. William Perry presenting a print of his work to His Excellency Jean-Pol Poncelet of Belgium 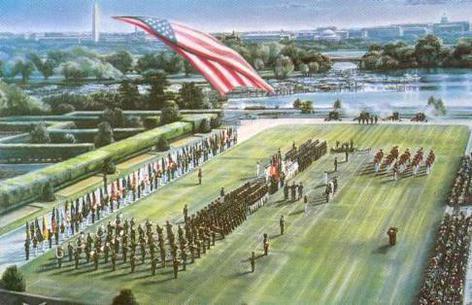 Gary Schofield’s prints have been presented to visiting World Leaders by Secretaries of Defense: William Perry, William Cohen, and Donald Rumsfeld, and by Chairmen of the Joint Chiefs of Staff: General Shalikashvili and General Shelton. 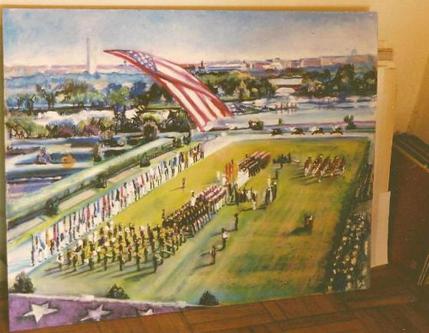 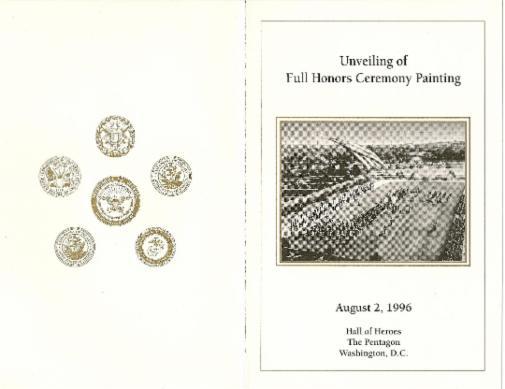 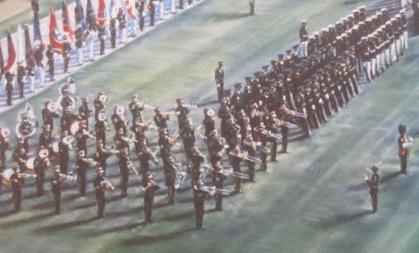 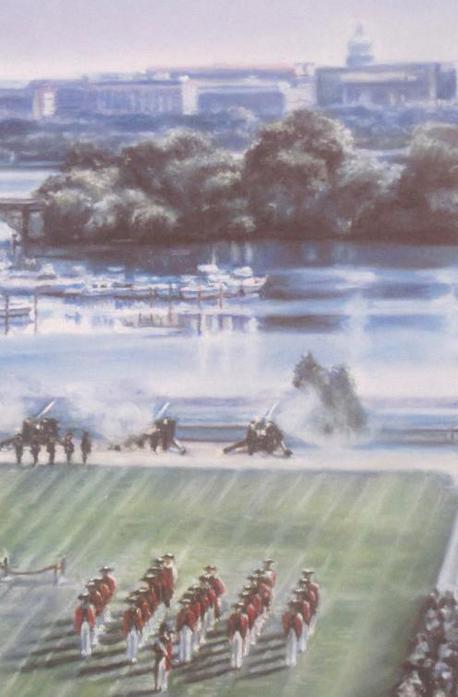 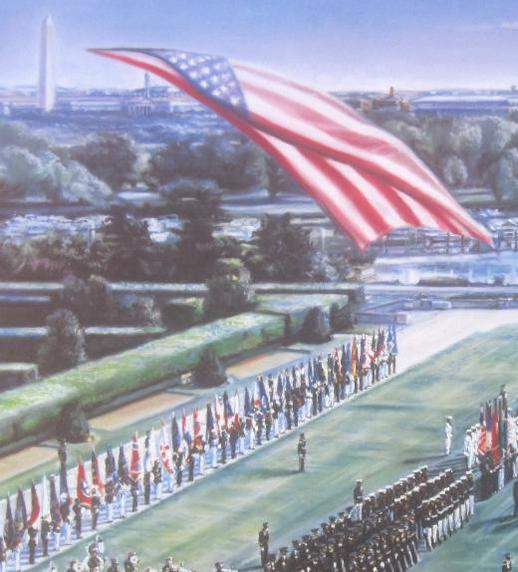 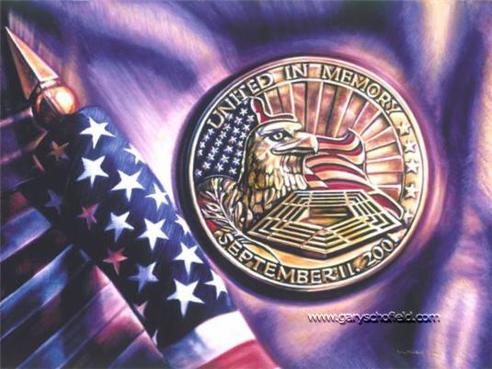 His writing and art work are currently being presented by the Armed Forces Foundation, The US Armed Forces painting.

Commissioned to paint the Pentagon September The 11th Painting in 2002

Gary Schofield’s painting, The Pentagon Full Honors Ceremony, hangs in the Hall of Heroes, the Pentagon.

Watch a clip from "Honor Deferred" with Samuel Jackson, where you will see these actual historical events dramatized:

The Congressional Medal of Honor painting is one of Gary Schofield's most striking and dramatic works. The poignant history, sacrifice and humanity reflect back and shine into our own lives.

The Painting of Iwo Jima was chosen for the 50th anniversary image of the battle of Iwo Jima Commemoration.

He was commissioned to paint the Pentagon’s September 11th painting in 2002.

The painting was unveiled and Gary was honored at the Hall of Heros, the Pentagon on 2nd August 1996.

Gary addressed the leaders of the armed forces in the Secretary of Defense’ office at the Pentagon in 1997. 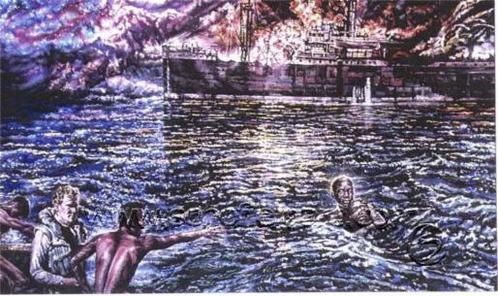 Iwo Jima in the Snow 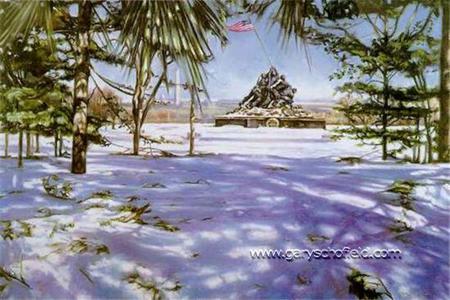 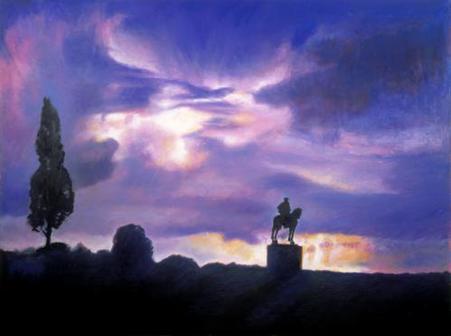 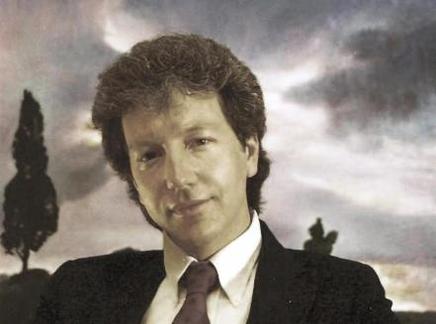 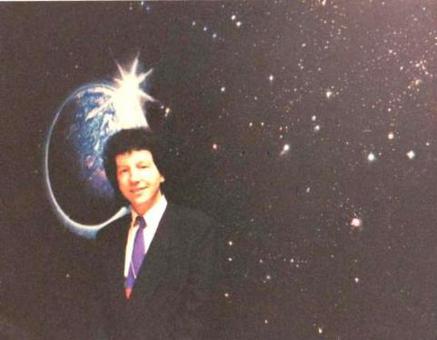 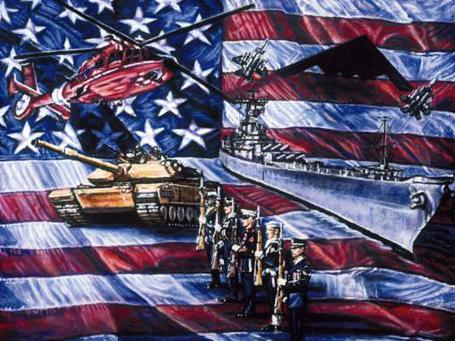