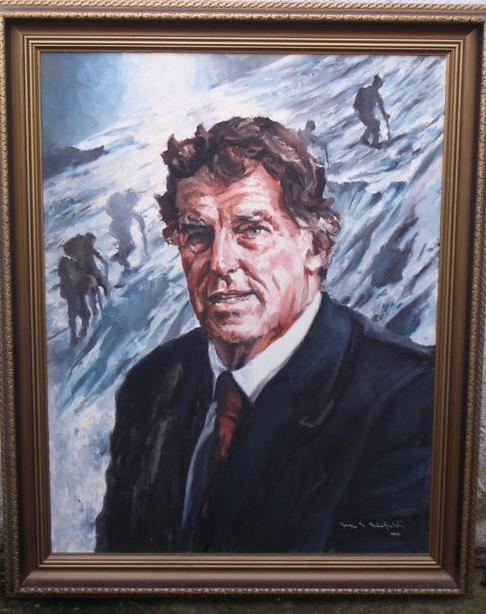 It was in the 1980s that I had been asked to Sir Edmund's modest home in Remuera, Auckland, New Zealand. I was working on painting his portrait and had asked my father Keith Schofield, then a professional photographer, to accompany me.

We set about attempting to capture the ultimate image of the conqueror of the highest, author and humanitarian.

My Grandfather Henry (Harry) Stewart was the postmaster at Tuakau where Sir Ed grew up and had his childhood and many a time had been spent in that little rural New Zealand town discussing young Edmund. His father was often worrying about his thin, quiet, dreamer of a son. A son that would one day become one of the great figures of human history.

Dad and I arrived at Sir Ed's place and he was very welcoming and, like all New Zealanders, free of any pretensions. To get an engaging and revealing conversation from him was another matter.

The answers were always a word or two with very little opportunity for a follow up. Keith, my father, just like Sir Ed, was a beekeeper and if that wondrous and unusual profession did not elicit an engaging conversation then nothing would. .. so nothing would. I have to say however that New Zealand men of Sir Ed's era often displayed an extraordinary sense of quiet stoicism and modesty. It was most likely born from forging their own pioneering country surrounded and isolated by the natural world.

Here, however, you have to see this in the backdrop of two artists trying to capture the essence of the man for posterity.

One of my father's great abilities was as a child photographer. With little care for technical detail he could capture the most delightful expression on children's faces.

So, the smile on the portrait of Sir Edmund Hillary, the legendary man who had conquered Everest, was captured and inspired by my Dad leaping from behind the couch, on one leg, with a squeaky toy raised above his head. 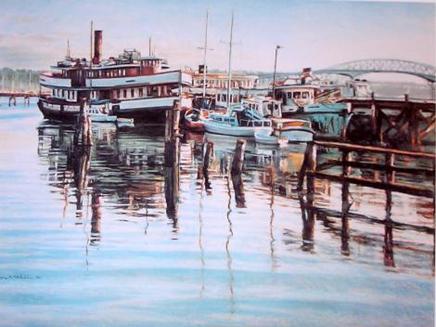 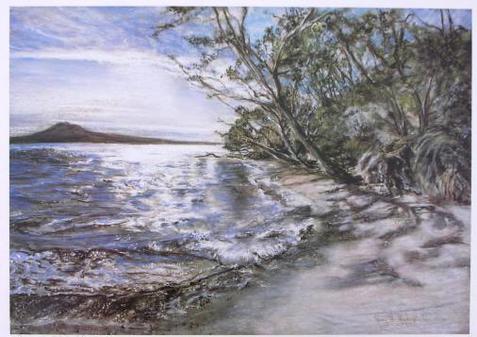 "New Zealand beaches burst into a flame of colour in December and touch the hillsides and shorelines with the red flowers of summer" These trees, Metrosideros Excelsa, are named from the Maori word Pohutukawa. Legend tells us that the red is coloured from the blood of the Maori hero, Tawhaki. Departing souls, Wairua, leap from the northern most Pohutukawa tree at Te Reinga into the entrance of the underworld.

Gary was commissioned by His Excellency John Wood New Zealand Ambassador to paint The New Zealand Chancery. The painting was unveiled 25th February 1997:

Resting with great stature on New Zealand soil in the United States, the Chancery is a symbolof the bridge and the bond between our two countries. It is seldom that a painter will paint directly into the light but this dynamic approach has captured the stature and subtleties of this extraordinary building. Raking light accents each brick and reveals everything from the intricate Maori archway to the asymmetry of the building itself. Shadows leap forward and draw the viewer into the picture.

&quot;The Ferry Boats&quot; Although the ferry and history is important in the painting it is actually the water that is moving. 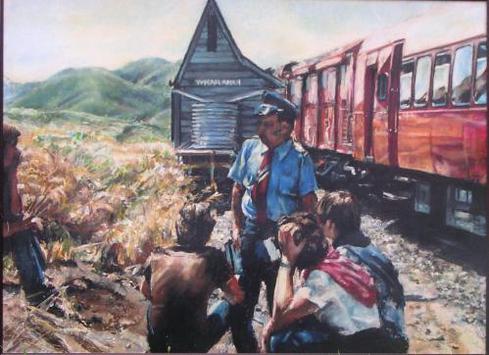 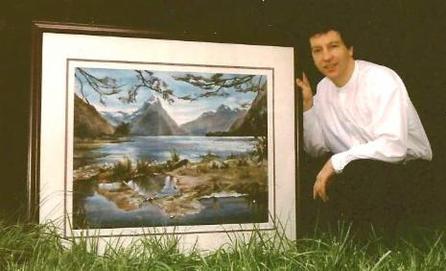 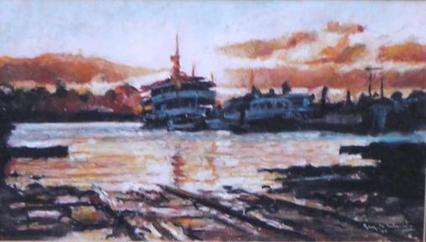 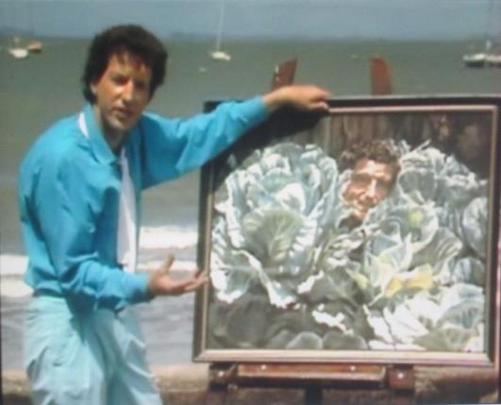 &quot;Rangitoto&quot;  The sleeping volcano sillhouetted in the cool light of winter

"Education Cuts" A political painting statement from the 1980s 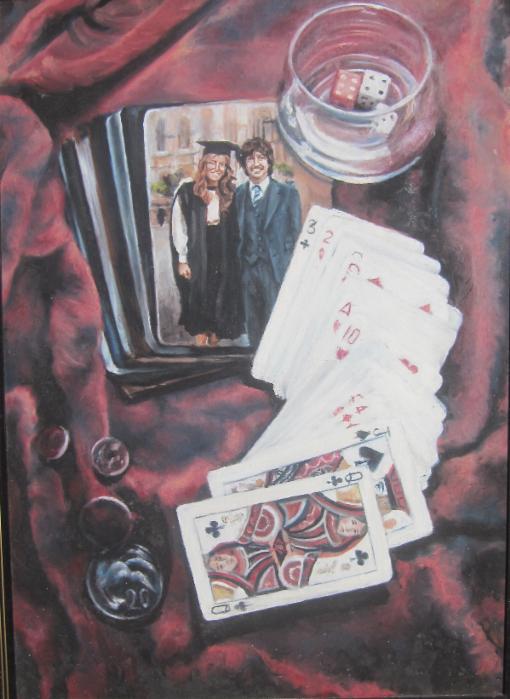 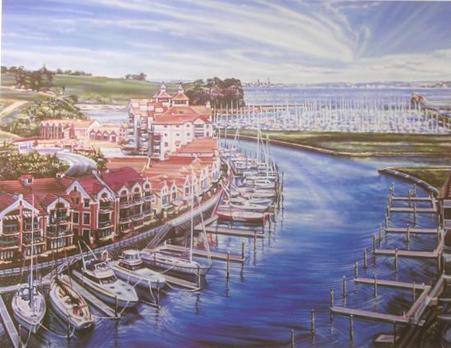 Painting of the New Zealand Race Horse &quot;Era of Triumph&quot; 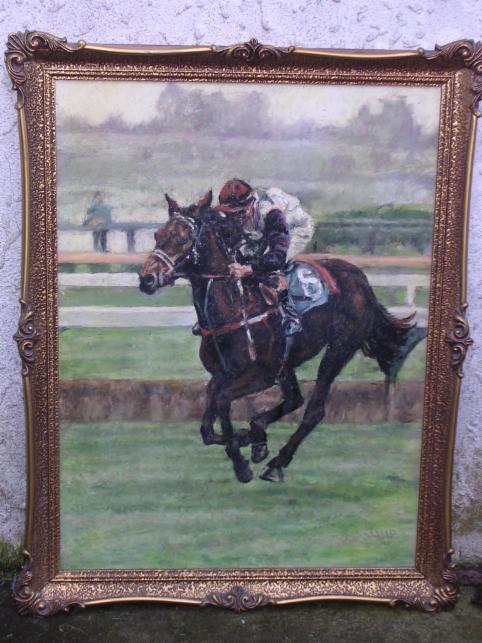 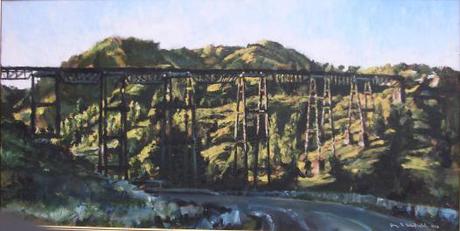 The New Zealand Pub and TAB 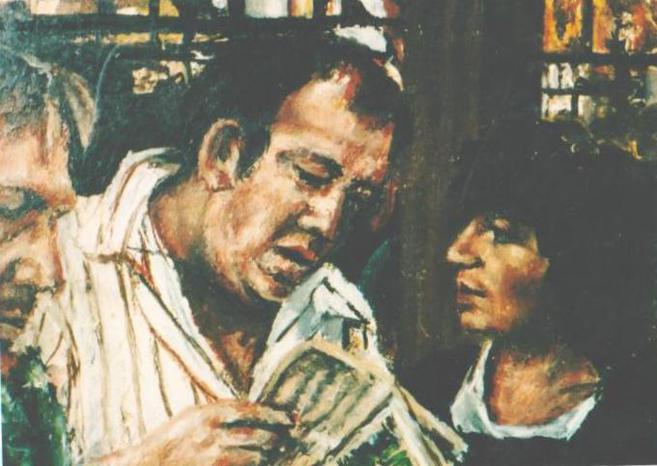 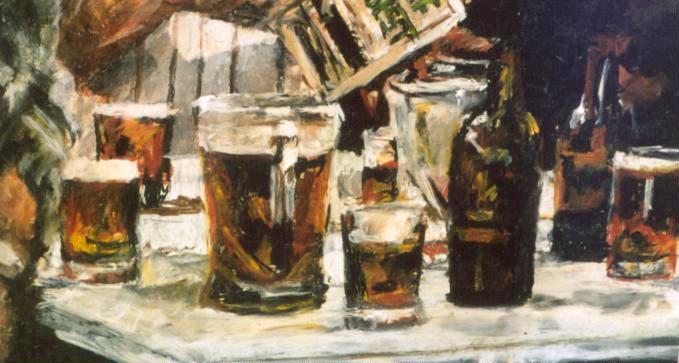 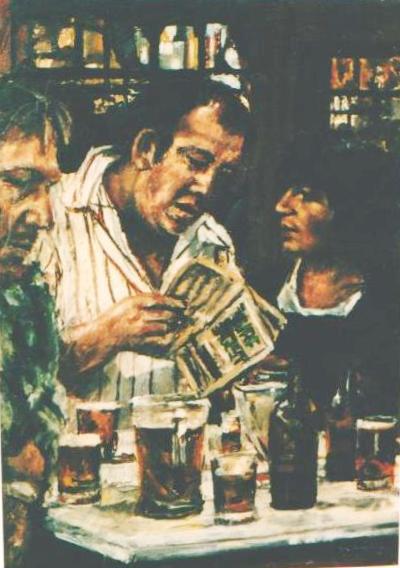 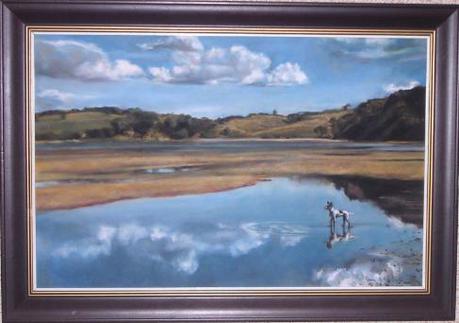 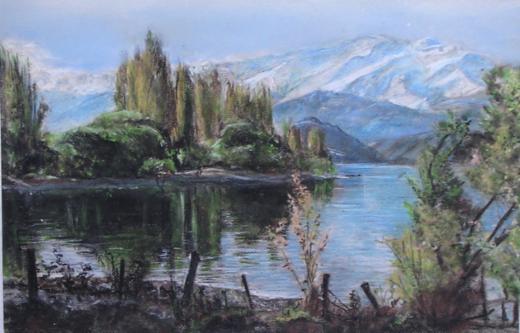 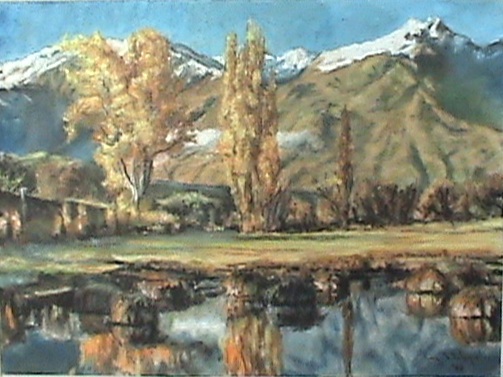 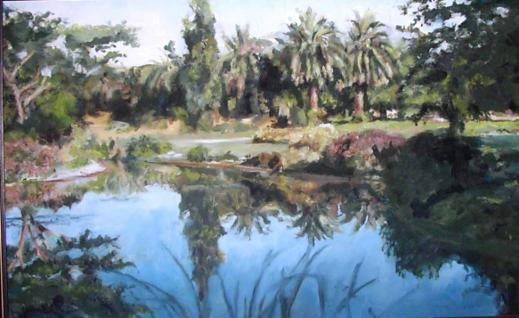 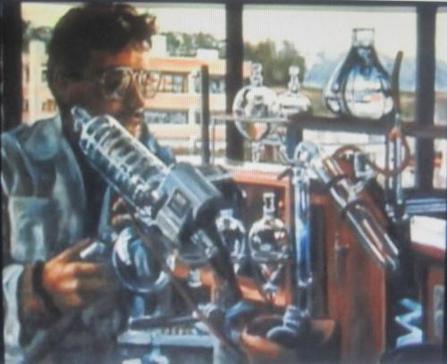 Harbour Oil on Board 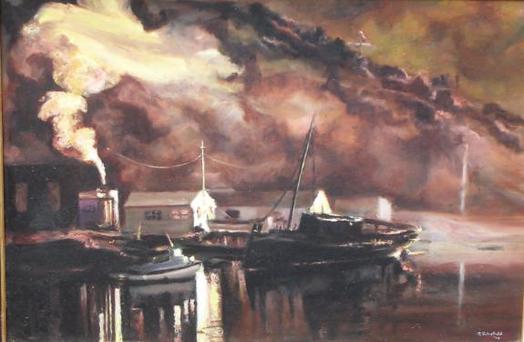 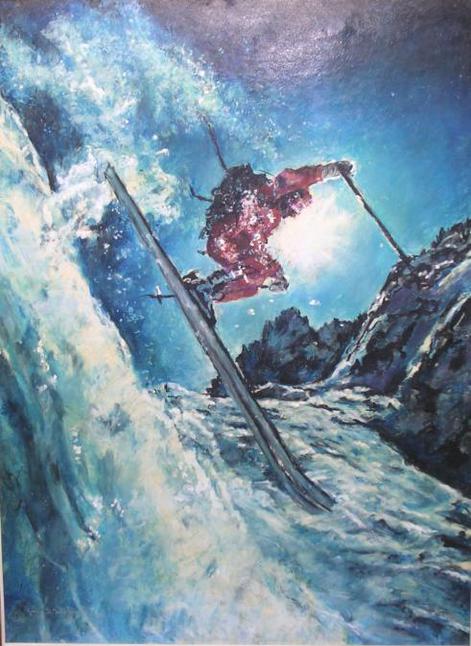 The Church at Ohinemutu, Rotorua 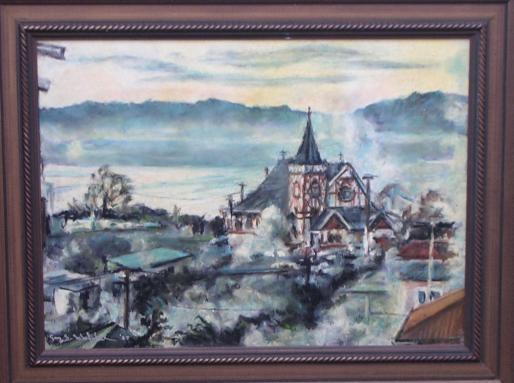 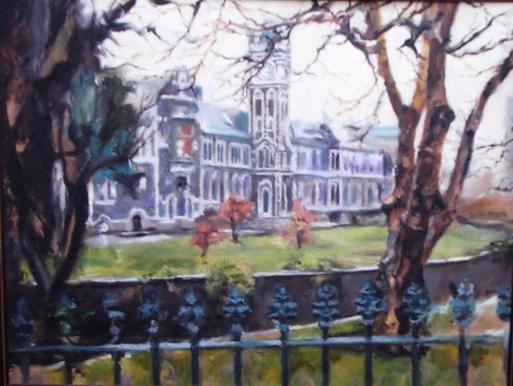 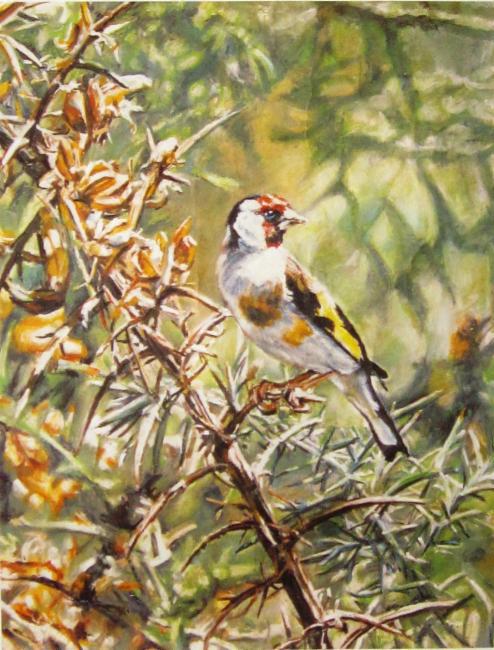 Flower Study Oil on Board 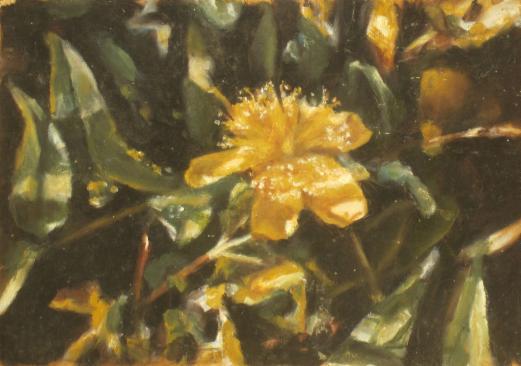 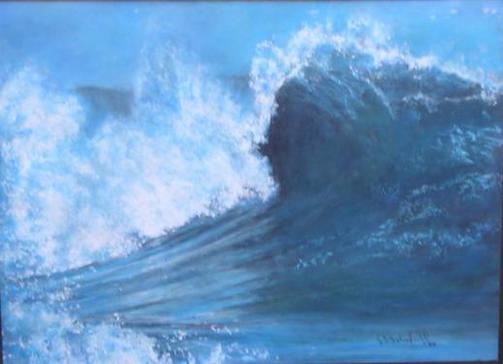