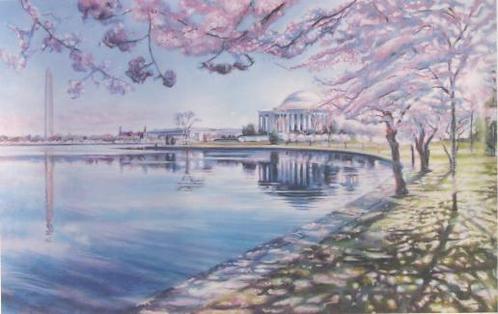 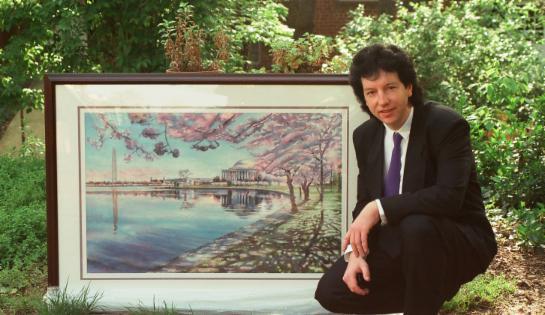 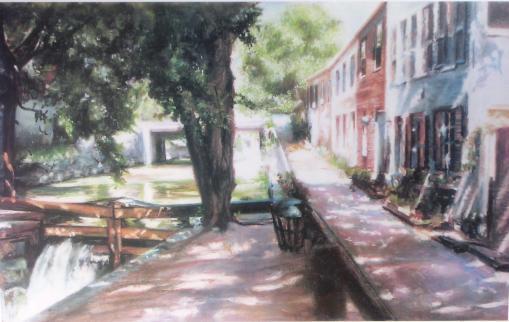 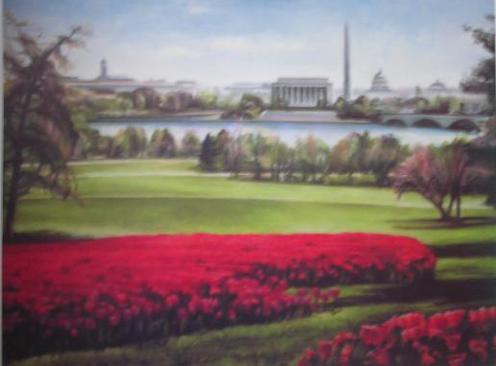 "The Capitol and Supreme Court" 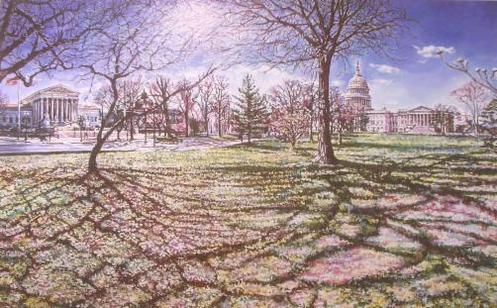 The painting in progress 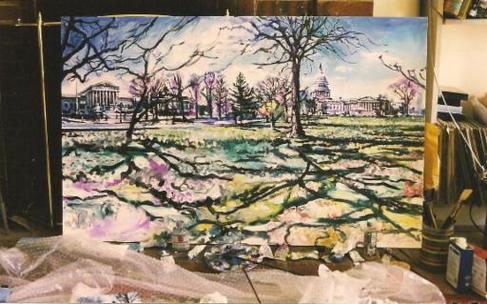 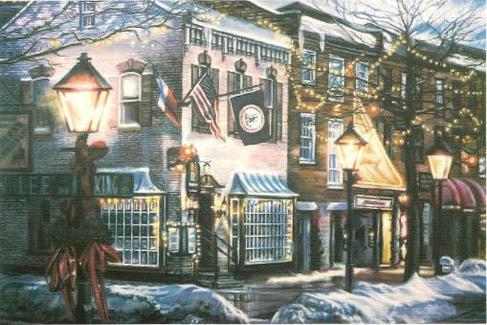 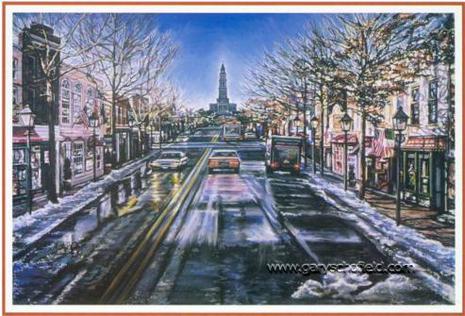 "Ice On The Potomac" 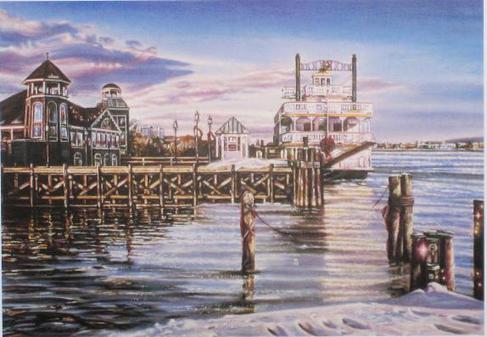 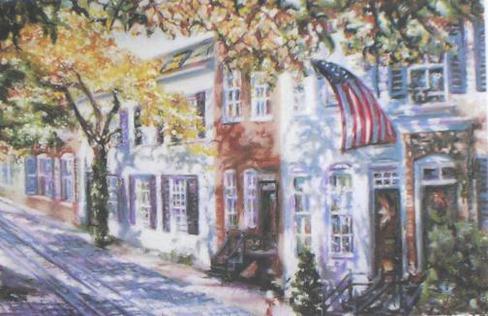 "Iwo Jima In The Snow" 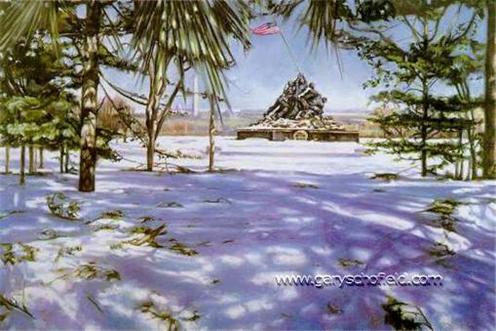 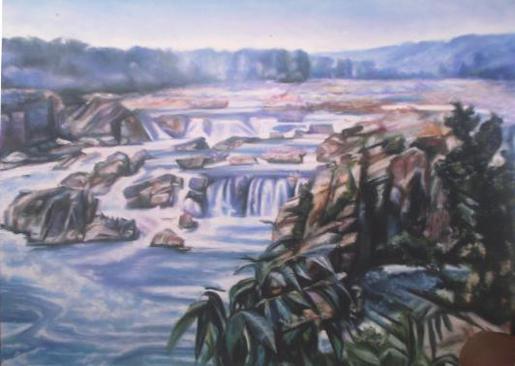 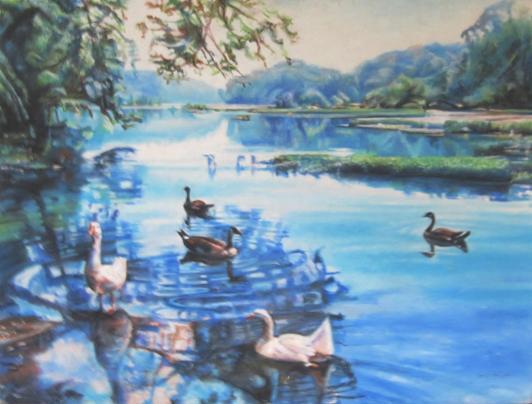 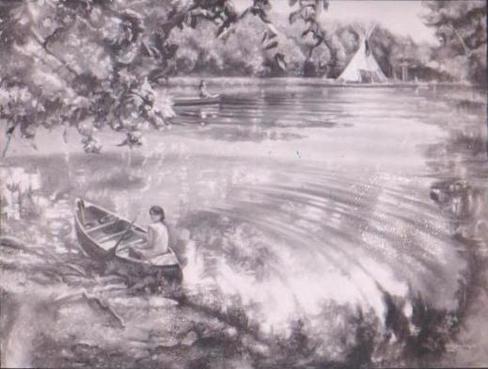 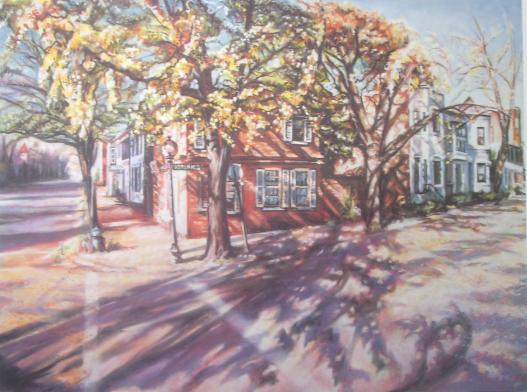 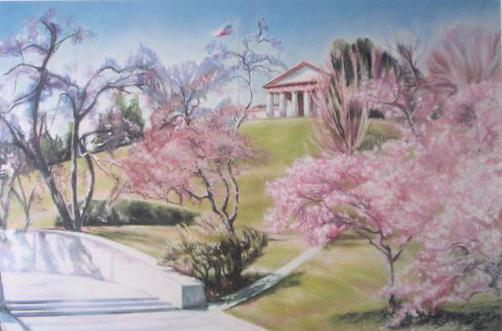 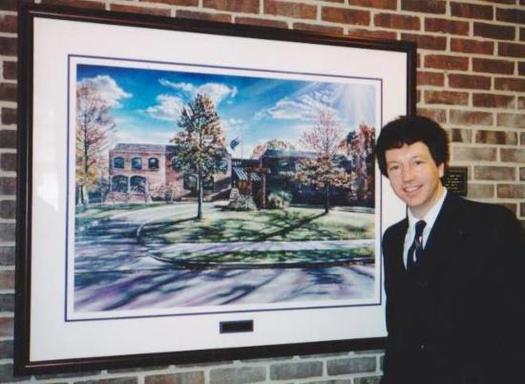 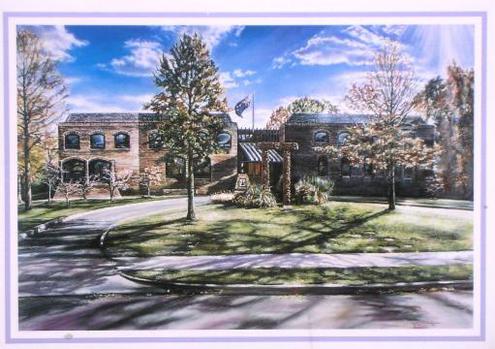 Resting with great stature on New Zealand soil in the United States, the Chancery is a symbolof the bridge and the bond between our two countries. It is seldom that a painter will paint directly into the light but this dynamic approach has captured the stature and subtleties of this extraordinary building. Raking light accents each brick and reveals everything from the intricate Maori archway to the asymmetry of the building itself. Shadows leap forward and draw the viewer into the picture.

All those who walk the charming streets of old town are struck by the ever present link to the past but what is even more stunning is the link this city has to Ancient Classical times. The very memorial dedicated to the legendary George Washington was itself inspired by wonders of the Ancient World. The lighthouse of Alexandria and the four-tiered temple in the Roman port of Ostia shine through the ages down the bustle of King Street. The memorial stands 333 feet in majestic ziggurat stature and has represented civil and religious liberty, stable and orderly government, since its dedication in 1932.

The George Washington Masonic National Memorial is in Alexandria, VA.

...It is instead a calm constancy that blankets the rush of the season. It is those decorated ancient buildings that have seen centuries of Decembers. Know too that they will be there to preside over the next season when icicles will again drip from their eves like the stalactites of an underground cathedral and compete with pine needles and evergreens for attention. A cold gust skips over the snow and flutters through red ribbons and the flag of Virginia dances with the Stars and Stripes. There are sparkles in every eye or maybe just the reflections of gaslights.

&quot;Washington DC&quot; The red tulips, the white statuesque legacy of the Lincoln Memorail and the blue of the tidlal basin illustrates a living patriotism in the Capital.

&quot;The Georgetown Canal&quot; where the the historic meets the natural world 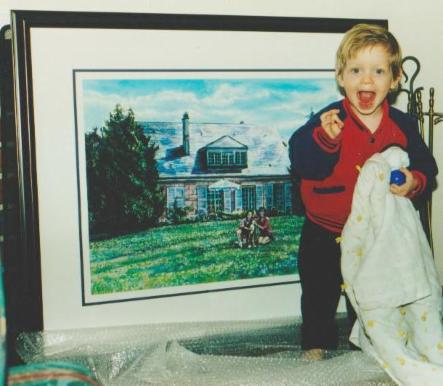 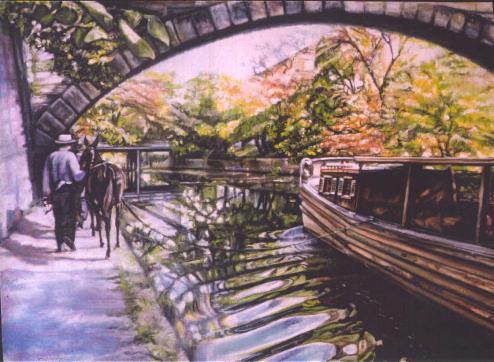